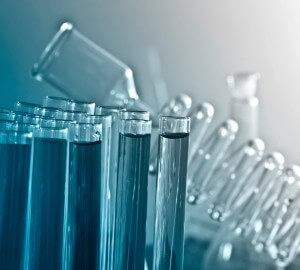 After many years of discussion with no progress, Congress has finally passed an update to the 40-year-old 1976 Toxic Substances Control Act. After a rare bipartisan vote early last month, the house sent the Frank R Lautenberg Chemical Safety for the 21st Century Act to President Obama, who signed it into law on June 22.

The new bill is an overhaul of the federal law governing the use of toxic chemicals in homes and business. That law was widely acknowledged to be weak and outdated from its infancy, leaving the Environmental Protection Agency unable to protect consumers’ safety for the last 40 years, with 64,000 chemicals developed and put into use that were not subject to testing, much less regulation. Many of those chemicals are known or suspected to cause cancer or be harmful in other ways and are still in use in a huge variety of consumer products we use everyday, from baby equipment to cleaning supplies to clothing,

With support from a broad coalition, the new law represents a compromise between tougher environmental standards and the chemical industry, and requires new and existing chemicals to be tested at a rate of 20 at a time. Other improvements to the old law include standards that will take into account vulnerable populations including children and pregnant women, the EPA gaining more power for oversight power and stronger monitoring tools, and an emphasis on faster review for higher priority chemicals. In addition, companies will no longer be able to use “trade secret” claims to hide toxic chemicals in their products.

Not everyone is happy about the compromise. Some environmental advocates believe the EPA lacks the funding necessary to take on oversight, and are unhappy that the federal law would override state laws, which in some cases would be stronger. Most opponents also feel that the law still leaves room for companies to tie-up decisions in lengthy court cases.

At Wellness Within Your Walls, we celebrate any progress, and the previous inability to budge the 40-year-old status quo was particularly disheartening, But the products we use every day still aren’t safe, and at a rate of 20 a year, it’s going to take a long time before we can be sure they are. So we agree with Scott Faber, of the Environmental Working Group: “We sincerely hope that the EPA will move quickly to review, regulate and ban dangerous chemicals. In the mean time, we will continue to urge consumers and responsible companies to drive the worst of the worst chemicals out of our homes, schools and businesses.”

This site uses Akismet to reduce spam. Learn how your comment data is processed.